A look at the 2014 Mac mini | Macminicolo Blog - Tips, tutorials and reviews on running a Mac mini server 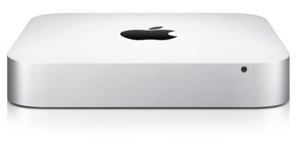 We’ve been working extensively with Mac minis for nearly 10 years. (Yes, we’re nearing the tenth anniversary for the more-popular-than-you-think Mac. They are great servers, come and try one.) When a new machine gets released, we often get asked for feedback and any opinions on the new hardware.  So below are ten things we noticed about the new Mac mini. We’ll add a tear down of the Mac mini (iFixit has posted a great teardown) on this post as well as update with benchmarks compared to all the past Mac minis. Be sure to follow us on twitter so you know when that's posted.

1) The machine received a second thunderbolt 2 port and lost its Firewire 800 port. A few years ago, this would have been a big loss, but I don’t think it’s as big of a deal now. The Thunderbolt drives are getting less expensive and have more options available. And with the addition of USB 3 in the 2012 mini, that covers a lot of what people need for speed.

2) For home users, the increased Graphics will be a very welcomed upgrade. In a data center, that will be useful for those who process a lot of images and will likely help when screen sharing. (Speaking of screen sharing, these HDMI adapters have been very useful. I’ll be interested to see if they’re still needed for the 2014 Mac mini.)

3) It's really looking like the RAM can no longer be upgraded by the user. We should have that confirmed soon. (Confirmed. See update below.) This option will be sorely missed by a lot of people. At least Apple has decreased the price of the RAM upgrades when you build and order a machine on the Apple Store. Also, nice to see the two higher versions come with 8GB of RAM by default now.

Confirmed: RAM in the new Mac mini is not user accessible. Hard drive can be replaced/upgraded, though not keeping warranty.

4) Since the Mac mini still offers HDD drives, I’m hopeful that we’ll still be able to upgrade the storage. (Confirmed: if a hard drive is ordered in the Mac mini, you can get to it and replace an SSD but it won't be easy. see Update below) As was before, replacing the hard drive is not covered under warranty.

If people didn’t like to hear the confirmation of soldered RAM, wait until they see the foot of the Mac mini with tamper-proof screws.

5) On the previous mini there was one Gigabit ethernet port, and to get a second one you’d have to take the only Thunderbolt port. Now that there are two, you can have a second Gigabit port and a Thunderbolt drive.

6) There is no more “Server” version, so no more dual-drive Mac mini. From our experience, nearly everyone used that second drive for a cloned backup. Very useful, but having a backup on the outside of the Mac mini can be useful too. (It’s much easier to plug that external drive into another Mac and boot from it. This makes for a quick recovery if needed.) 7) The 2012 Mac mini will still be very popular, keeping the prices of used Mac minis high. That machine offers the SSD/RAM upgrade options, the quad-core processor, and can also run a number of past versions of OS X. (When we have used Mac minis, we list them here.)

10) Overall it’s a nice upgrade. Though to be honest, with these components, it really should have happened about 6 months ago.

Clarify: I think most people will be pleasantly surprised with the new Mac mini. Good CPU/graphics boost. Just order the way you want it.


We look forward to getting our hands on the new Mac mini so we can see what's possible with the new hardware. If you'd like to try a Mac mini as a server, we're offering a promo right now for just $10/mo.